This week, we present the latest stories and events in the field of email, email security, phishing, data breaches, regulations, and trends.

Ransomware in the News 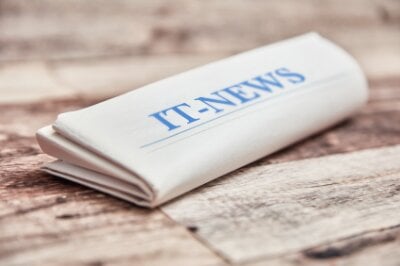 I’m old enough to remember life without a computer in the house, so I was a bit surprised to learn that the first ransomware attack happened 30 years ago!

Cybercriminals have come a long way since 1989 as they continue to employ a mix of old and new tactics to scam businesses and end-users out of millions of dollars. For the second time this year, Louisiana’s state government systems were hit with ransomware. Fortunately, they were better prepared after the previous attack, so they suffered no data losses and did not pay a ransom.

Business email compromise continues to be a growing threat due to the potential to extort large payouts from victims. A prominent incident reported last week included one in which fraudsters diverted $742,000 from the City of Ocala in Florida.

Reports of business email compromise typically discuss the facts about the incident itself – how it happened, how much money was lost, and actions taken to protect from future losses, but what is rarely reported is what legal action, if any, a company takes against the employee who was successfully tricked by one of these scams. But last week, a judge ruled on a case against an employee of a Scotland based company who was tricked into transferring approximately $200,000 to a cybercriminal.

Other recent incidents include:

Staying  informed of current and emerging threats and tactics is the first step in protecting yourself and your business. Check back often for the latest updates..