Don’t Get Hit by the Whaler’s Harpoon 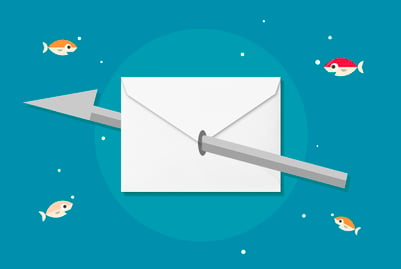 You may have also heard of spear-phishing, a more targeted form of phishing where specific individuals on any staff level may be targeted. But are you aware of the dangers of whaling? No, I’m not talking about the kind that keeps marine conservationists up at night. I’m talking about phishing attacks that are highly personalized to target high level executives.

While phishing emails are sent out to multiple recipients in the hopes that one or more will fall for the scam, whaling emails are usually only sent to select individuals who have a great deal of influence in a company. They are designed to masquerade as critical business communications sent to someone of importance, such as a CEO or other business authority, in an attempt to get the recipient to give up personal or financial information. Often, these messages contain spoofed addresses claiming to come from someone within the company. It is also common for a whaling email to claim to be from the Better Business Bureau or FBI.

Many whaling emails will contain a link that installs malware or leads the user to a familiar looking website that will likely ask for your login information. What happens next is when the problems begin. You submit your username and password, and are told that your credentials are incorrect and that you should try again. Sounds pretty harmless so far, right? Behind the scenes, however, your information has already been captured, and you are then redirected to the legitimate website, where you are able to successfully login on your next attempt – completely unaware that you just submitted valuable information to a scammer. This is why we always stress that you never click on links in an email message unless you’re 100% certain that the message is legitimate and from the purported sender.

How do “Whalers” get past Spam Filters?

Cybercriminals often use similar domain names or free email addresses, pretending to be business executives. They are able to bypass many security measures because their messages often don’t include malware links or attachments. And because they don’t typically contain links, and are often more well-written than the standard phishing attack, they are able to slip past spam filters more easily.

Do Executives Really Fall for These Scams? The Scary Statistics on Whaling

Whaling works because people often fall for these scams. The following high-level cases illustrate how lucrative the whaling business is for scammers:

In the 2008 US District Court subpoena whaling scheme, 20,000 CEOs were targeted. Approximately 2000 of them fell victim to this scheme & clicked on the malicious link in the email, which led to a key logger that secretly recorded the CEO’s passwords. It then led to further hacking attacks on the affected companies, resulting in significant financial loss or damage to company reputation.

Here is an example of the fake subpoena email. It looks official to the untrained eye, but notice the From address, which uses the domain of uscourts.com. The official domain of the US Court system is uscourts.gov, not uscourts.com. Also, it’s worth noting that official court business is never sent via email. 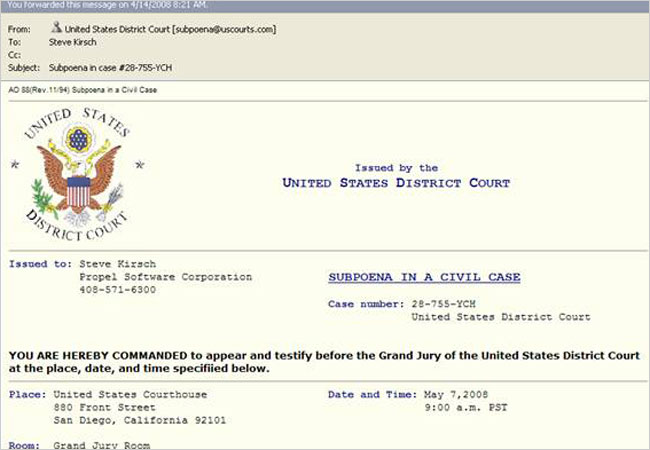 In 2015, Mattel lost $3 million in a whaling scheme in which a finance executive responded to a bogus funds transfer request claiming to come from the company’s new CEO.

In the first quarter of 2016, 41 companies were hit with phishing attacks targeting employee tax records.

More recently, the CEO of an Austrian aircraft parts manufacturer was let go after the company lost €40.9 million ($48 million USD) to a whaling attack.

And earlier this year, a 48 year-old Lithuanian man was charged with attacks on Facebook and Google. In his high-profile phishing attacks, he used forged invoices, contracts, and letters that looked like they had been signed by a company whose name he had mimicked by registering a company in Latvia with a name similar to that of a legitimate Asian-based vendor.

How do I recognize a whaling email?

So how do you know when you’re being targeted in a whaling attack? Here are some common whaling identifiers to look for in inbound email messages:

An email containing just one of these characteristics may not necessarily be a threat. For example, if the CEO’s name is John Smith, an email from another John Smith might not raise any red flags, especially considering how common this name is. But if you receive an email from John Smith that has one or more of the other characteristics listed above, such as one containing a request for payment, then you should treat it with extra scrutiny.

Avoiding whaling attacks is the responsibility of both management staff and employees alike. Follow these tips to help protect your business from falling victim.

One of the reasons spear phishing and whaling are so effective is that they target named individuals in executive or financial positions within an organization, and they often appear to come from someone known and trusted by the recipient, such as a colleague. Clever social engineering techniques are used to reel in these “big fish.” Senior management, financial staff and employees in other key roles should be educated on the effects of whaling attacks and how to spot them. They should learn to recognize common characteristics of phishing attacks like spoofed sender addresses, requests for funds transfer, unrecognized attachments, and spoofed hyperlinks. Let’s look at a few examples.

Example: Sender registered a domain similar to the company’s domain.

As you can see in this example, the sending domain looks similar to a legitimate domain, but if you look further, the domain is one digit off from the real domain. 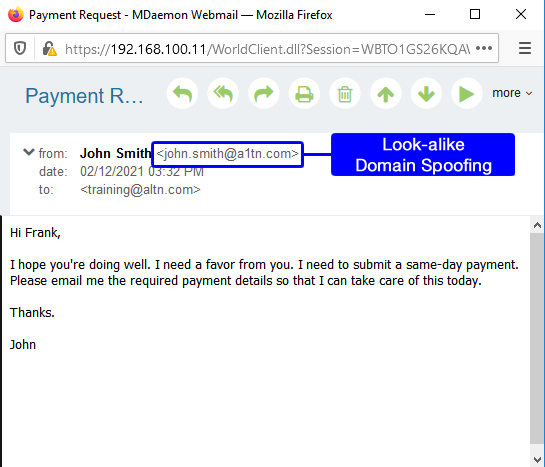 Does the display name in the From field match the email address?  In this example, I know my bank does not own the “fakedomain.com” domain. This is an example of display name spoofing, which is very common.

Another common spoofing technique is From address spoofing. Any spammer can spoof any email address, making it look like the message came from a legitimate source. This works because email messages contain two sets of addresses – the envelope address and the message header address. I’ll explain further using U.S. postal mail as an example.

Email works in a similar way. Like U.S. Mail, email messages also have two sets of addresses – the envelope addresses, where the message is actually from and who it is addressed to, and the address in the message header, which is what the user sees in the To: and From: fields in the message. These addresses do not have to match for the message to be delivered. Most spam messages contain spoofed From (header) addresses.

In the following example, the message appears to come from john.smith@example.com, but closer examination reveals that it actually came from frank.thomas@example.com. Most mail servers and email security products should have mechanisms in place to detect this kind of spoofing, such as reverse lookups, SPF, DKIM and DMARC, but users should be aware of this common technique used by spammers.

Scammers who want to steal your personal and financial information will look for publicly available information on social media and various other sites. Management staff should have as little personal information visible to the public as possible, including birthdays, interests, and friends and family. Social media users should review their privacy settings to ensure that this data remains hidden from the public.

If an employee receives an email requesting financial information, funds transfers, or other business-critical information that is not typically handled by email, verify the request from the sender via another channel such as a phone call. Companies should have documented processes on how these requests should be handled.

Implement a software-based data loss prevention solution such as SecurityGateway that intercepts sensitive data and quarantines it before it has a chance to leave your network. Data Leak Prevention techniques scan email messages and attachments for highly sensitive information such as Social Security or Tax-ID numbers, bank account numbers, and passport numbers. 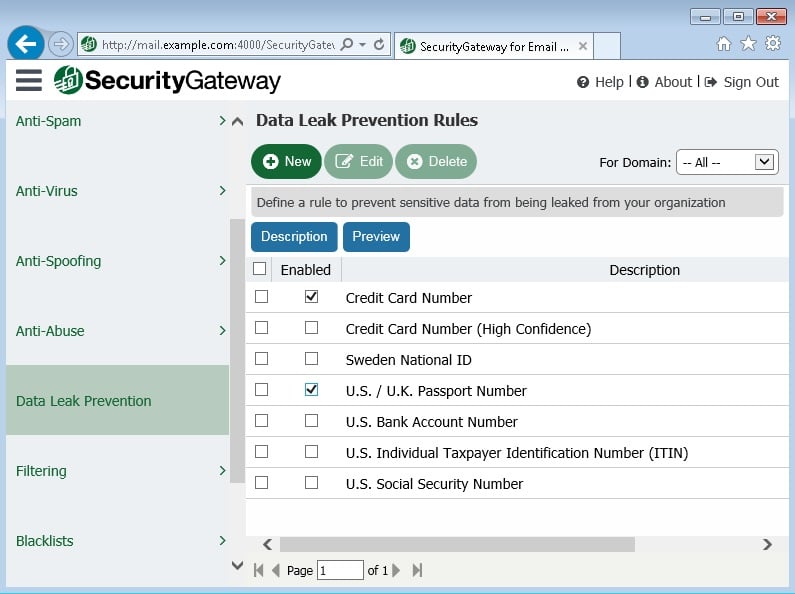 Phishing and whaling scams have been going on for years, and they will continue as long as human nature dictates that people will fall for these scams. Don’t be the next victim. Arm yourself with the facts and your email infrastructure with the tools to avoid the whaler’s harpoons! If you have questions about our email safety recommendations, leave us a comment below!