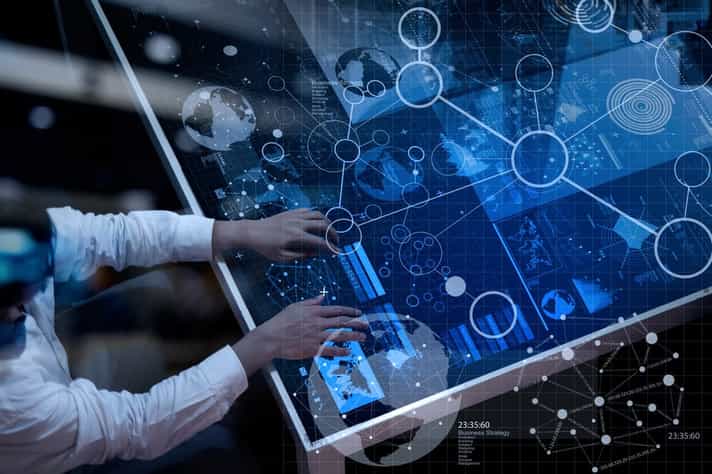 You may have heard the terms SSL and TLS, but do you know what they are and how they’re different?

SSL (Secure Sockets Layer) and TLS (Transport Layer Security) are methods of securing (encrypting) the connection between a mail client and mail server (Outlook and MDaemon, for example) or between mail servers (MDaemon and another mail server, for example). They are also methods for securing communications between websites and your browser. In this post, we’ll focus on its uses for encrypting email connections.

Without SSL or TLS, data sent between mail clients and servers would be sent in plain text. This potentially opens up your business to theft of confidential information, credentials being stolen and accounts being used to send spam. SSL and TLS can be used to help protect that data. SSL and TLS allow users to securely transmit sensitive information such as social security numbers, credit card numbers, or medical information via email.

How do SSL and TLS work?

This diagram provides a simplified overview of how an SSL connection is established.

What are the Differences between SSL and TLS?

Because TLS is incompatible with SSL 3.0, the client and server must agree on which protocol to use. This is accomplished via what’s known as a “handshake.” If TLS cannot be used, the connection may fall back to SSL 3.0.

TLS has more alert descriptions – When a problem is encountered with an SSL or TLS connection, the party who encountered the problem would send an alert message.

SSL had the following 12 alert messages:

TLS uses HMAC for message authentication - SSL verifies message integrity (to determine whether a message has been altered) using Message Authentication Codes (MACs) that use either MD5 or SHA. TLS, on the other hand, uses HMAC, allowing it to work with a wider variety of hash functions - not just MD5 and SHA.

Why are SSL and TLS Important?

Businesses have a responsibility to protect financial data such as credit card information, and consumer records such as names, addresses, phone numbers, and medical information. Without some form of encryption, whether via an encrypted connection using SSL & TLS, or by encrypting the message itself using Virtru or OpenPGP, sensitive data may be vulnerable to hackers & other forms of unauthorized access.

Which method is recommended?

SSL 3.0 suffers from a well-known vulnerability called the POODLE vulnerability. POODLE stands for Padding Oracle On Downgraded Legacy Encryption. Click here for a thorough overview of this vulnerability and recommended actions.  One workaround recommended in the overview is to completely disable the SSL 3.0 protocol on the mail client and server. This might not be practical, as it may affect legacy systems that are still using SSL 3.0.

We recommend using TLS whenever possible. TLS 1.2 is currently the best version for security, but it is not yet universally supported. TLS 1.1+ support was not added until Windows 7 and Server 2008 R2, in 2009.

The encryption protocol and cipher used by MDaemon and SecurityGateway depend on the operating system and can be configured via the registry. You can use the free IIS Crypto tool to set the appropriate registry keys. More information can be found here:
https://www.nartac.com/Products/IISCrypto

I hope this information helps clarify any questions about SSL and TLS, and which encryption method is recommended. As always, if you have questions or comments, let us know!